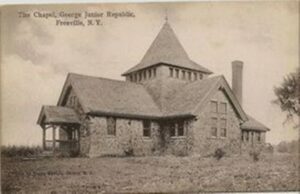 NJSFWC Women Who Reached for the Stars
Miss Mary McKeen (Fifth Administration -1902-1904)
(Founder of the Women’s Club of Camden, Federated 1895)

From its original 35 clubs, the Federation had now grown to 100 clubs. The State Nurses Association joined in 1903.

The Federation since 1897 had cooperated with many groups and the Forest Park Commission in the preservation of the Palisades because the natural wonders were being destroyed by commercialization. Money was being collected by the clubs to purchase a suitable memorial, a piece of land to be used as a park. Because of the important work being done by NJSFWC for this cause, a special commendation was received by the General Federation of Women’s Clubs.

Assistance was given to the Orange Charities Association to promote the establishment of a State Reformatory for Women. NJSFWC realized that, by supporting this movement, club women who were interested in helping other women learn how to live better lives could offer their services.

The George Jr. Republic of Freeville, New York. This was a home and school set up by Mr. George for the rehabilitation of boys aged fourteen to seventeen. Clubs raised money to send a boy of their selection who, with such help, could learn what a good life would get him. Now known as The George Junior Republic Union Free School District which provides educational services for the children residing at the William George Agency for Children’s Services and for CSE referred day school students who live in local communities. 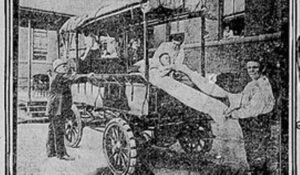 Legislative efforts were on the agenda and a joint effort was made to abolish the “evils of the Fourth of July” celebrations.

In the early 20th century, the Fourth of July was often a dangerous holiday. In 1903 alone, according to the Journal of the American Medical Association, 466 people died and 4,449 people were injured from holiday-related accidents. Infections from tetanus precipitated a large swath of those deaths, triggered by shrapnel from fireworks and toy guns that got into a person’s skin.

With the cooperation of the Audubon Society, the Federation endorsed the law which prohibited live pigeon shooting.

Another important Resolution that interested the clubs was the Pure Food Bill, championed by Miss Alice Lakey, President of the Cranford Village Improvement Association. Civil Service Reform and the much-discussed Child Labor Laws were also given attention by club members

With the close of Miss McKeen’s administration, it became clear that a women’s role in the community had improved. The old concept that a women’s place was in the home was giving way. Club work was providing inspiration and activities for civic-minded women.

The committee would like your assistance in reaching out to corporations or individuals who may be interested in this campaign.

Please send an email to info@njsfwcshiningfuture.org . Your assistance is appreciated.