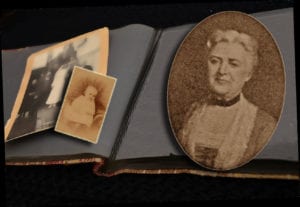 The Margaret Yardley Fellowship Fund was established in 1930 to provide fellowship grants to deserving women who are New Jersey residents pursuing post-graduate advanced studies at the school of their choice.

The first contribution to the fund in 1930 was $5,000 given by Farnham Yardley in memory of his mother, the first NJSFWC President Margaret Yardley. NJSFWC has been able to award between six and eight $1,000 fellowship grants to deserving women annually. Information (including application forms) regarding this fellowship fund is forwarded to all New Jersey universities, state colleges and independent four-year colleges plus graduate departments at Harvard University and New York University.

The grant is applied solely to tuition expenses. If you know of a young woman who is eligible for this grant, applications are available.

The deadline for all information must be received by the committee at Headquarters by March 1.

Margaret Tufts Yardley was elected the first President of NJSFWC, 1894-1896. She was from the Woman’s Club of Orange, the oldest club in NJ. Margaret served as director and President of the Orange Orphans Society, helped start the first Homeopathic hospital of the Oranges, pioneered the improvements of NJ’s child labor laws, and remained active in political work in East Orange well into her eighties. She also founded the Essex County Chapter of the Daughters of the American Revolution.

Mrs. Yardley was 50 yrs. old when she became President and died at the age of 84. In 1929 at the State Convention in Atlantic City, her son established, with $5,000, the Margaret Yardley Fellowship Fund, which is still awarded today.