Shirley has been a clubwoman for 29 years. She’s been President of the Dover Township JWC, Barnegat WC, Junior Ex Club , GFWC Past Directors Club, GFWC Marta’s Cruising Juniors and served as Advisor to the Jersey Juniorettes for five years.

A member of the NJSFWC Board of Directors since 2002, Shirley began as Junior Membership Representative to the Board, followed by Director of Junior Clubs, Historian, Day of Service & Public Issues Chairman, Third Vice President,  Second Vice President, First Vice President, and is currently serving as President.

Shirley was a 13 year Girl Scout leader. She volunteers for Emmanuel Cancer Foundation and is a puppy raiser for Canine Companions for Independence. Shirley works as a Media Specialist for Brackman Middle School. She has been married to Bob for 33 years and has four children. 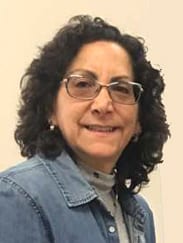 Barbara has been a member of the State Federation since 1987, joining the Denville/Rockaway Junior Woman’s club, where she served as President. Barbara also served on the NJSFWC Junior State Board as Conservation Chairman and Membership Liaison.

On the New Jersey State Federation of Women’s Clubs Board of Trustees, she has served as Communications Chairman, Webmaster, Highlands District Vice President, Third Vice President and Second Vice President. Presently Barbara is the NJSFWC President-Elect.

She was employed for 18 years as the Membership & Outreach Manager for the Land Conservancy of New Jersey, where she coordinated one-day stewardship projects with corporate volunteers and managed their community garden. She has been married for 40 years, has two adult children and one daughter-in-law. 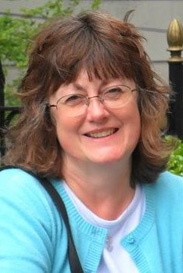 Susan Chambers serves as NJSFWC First Vice President 2022-2024. She has previously served on the NJSFWC Board as Palisades District Vice President and Special State Project Chairman.

She is currently Vice President of the Book and Needle Woman’s Club of Oradell, having served as their President, Recording Secretary and Chairman of Communications, Special State Project, and Boatsie’s Boxes. She is a member of the Palisades Past Presidents, Ex Club, and Lilies. Susan has been a member of Federation for 16 years.

Susan was a trustee of the Oradell Public School Board of Education for six years and a Board member of the Oradell Arts and Business Coalition; she is also a lifetime Girl Scout member. She and her husband of 38 years have one grown daughter.

Chris Sienkielewski served as the New Jersey State Director of Junior Clubs 1996-1998, and subsequently served twenty years on the GFWC Board of Directors in various positions in education, resolutions, leadership, conservation and violence against women. Chris also served the NJSFWC as Corresponding Secretary, Community Improvement Program Chairman, Sixth District Vice President, Bylaws Chairman, Chairman of the Signature Project Investigating Committee, and three terms as Legislation/Resolutions Chairman. Chris is honored to serve the current administration as the Second Vice President. On the local club level, she is the President of the GFWC Central Valley Contemporary Club.

Professionally, Chris has been an educator for 45 years teaching various grade levels the director of a private preschool and kindergarten for 18 years. Later she worked in the field of adult education developing curriculum and training for English as a Second Language. Chris is currently retired and hopes to someday write a children’s book.

Chris resides in South Plainfield, NJ with her husband, Rich, her son, daughter-in law and their two children, along with two dogs and two cats. 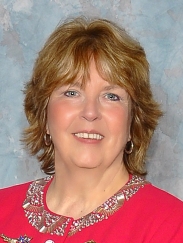 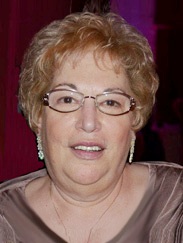