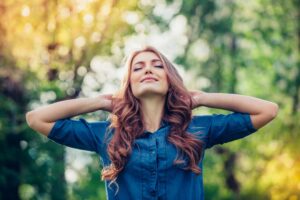 Jennie McQuaide was among the first women in New Jersey to counsel batterers in the 1980s. She created and directed DOVE Counseling Service while working for the YWCA. So, the first hurdle was to convince her superiors that an organization for women should be offering services to batterers – most of whom were males. Her years of experience in counseling victims of abuse helped her to understand the dynamics of the problem. She was able to convince her superiors that her knowledge of domestic violence from the perspective of the victim was needed in order to eradicate the myths associated with spouse abusers. Ultimately, she counseled hundreds of victims and abusers.

Patricia Q. Sheehan, Woman’s Club of Spring Lake was the first female Mayor of New Brunswick (1967–1974). She was the last mayor under the Commission form of government and the first under Faulkner Act form of government, where the mayor is directly elected. She was the first female Mayor in the history of New Brunswick, and resigned from office to become the Commissioner of the New Jersey Department of Community Affairs.

April is Prevent Child Abuse Awareness Month which means it is time to plant our pinwheel gardens. Where you plant it is up to you, it is just important that you use this opportunity to raise awareness. And since we want to lead by example, we will be planting a pinwheel garden at Headquarters on April 1, 2021 at 11am. Bring your own pinwheel or plant one of ours. Please let the Office know if you would like to attend.

The deadline for receiving your Continuing Fund forms is April 1, 2021. To be eligible for one of the top five awards for per capita donations your form must be postmarked by April 1st. The form was sent out with your dues bill, however, there is a fillable form along with description of the programs.
Congratulations

Gina Hernandez, a Women of Achievement recipient, has be named Executive Director of Prevent Child Abuse-NJ. When PCA-NJ was our Special State Project she spoke on their behalf.

Second in the series of notable Women of New Jersey for National Women’s History
Month by NJSFWC Historian, Maribeth Hugelmeyer:

Clara Barton was born on December 25, 1821 in North Oxford, MA. She began her career as a teacher. In 1852, Barton opened New Jersey’s first free public school. The school grew to more than 600 students. She left teaching, when she was denied the promotion to the position of head of the school, because she was a woman. During the Civil War, she became noted for her work in nursing and 1881, she founded the American Red Cross. There are several schools in New Jersey that carry her name, as well as a rest stop on the Turnpike. She died on April 12, 1912 in Glen Echo, MD.