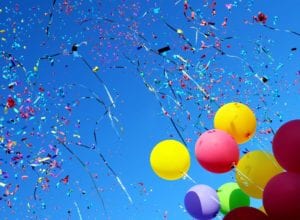 November 16, 1894…
It was a cold Friday morning when approximately 150 women met in Union Hall, Orange, New Jersey. To arrive on time for the 10 AM meeting, many of the women left their homes well before daybreak to travel by train, trolley or carriage.

Although the majority of them were from the northern part of the state, there were representatives who came from as far south as Salem, Bridgeton, Haddonfield, Vineland and Merchantville.

By the time the meeting was concluded, the New Jersey State Federation of Women’s Clubs was an established fact! Margaret B. Yardley of Orange had been elected President and a committee was formed to prepare a Constitution for the organization.

November 16, 2018…
On this cold Friday morning, NJSFWC recognizes the 124th Anniversary of our founding. Happy Birthday to Us!

Naturally, this is a time to reflect on the Federation’s accomplishments. Some of our most often cited achievements include:

Now we are preparing to pave the way for a Shining Future, with the launch of our Shining Future Endowment Campaign to raise much-needed funds and enable us to continue our mission for at least another 125 years! Please visit our new website, njsfwcshiningfuture.org to learn more about the campaign.

We have a legacy of which to be proud and, with your help, we will have a shining future!