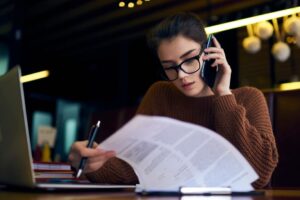 Thank you to Lynn Wiss, Associate Member of the Woman’s Club of Point Pleasant, for making the first sweatshirt donation for Operation Chillout.

We are committed to donating 1,000 sweatshirts to put in their backpacks for the Winter Distribution to homeless veterans.

For the super shoppers, you can purchase the mid-weight, outdoor Zipped Hooded Sweatshirts using your bargain hunting skills. If you purchase them online, they can be sent directly to Headquarters (55 Labor Center Way, New Brunswick, NJ 08901). Another option is to send a check to Headquarters, earmarked sweatshirts, and we will purchase in bulk.

Also, we will collecting masks to put in the backpacks.

Congress shall have power to enforce this article by appropriate legislation.

Today, August 26, 2020, marks the 100th Anniversary of the passing of this, the Nineteenth Amendment to the Constitution of the United States giving women the right to vote. For over 72 years, many women fought for this right. Over the course of the next several months I will be sharing stories of these women in Board reports and ALMANAC articles. I marvel at their strength, courage, and determination.

If you wish to begin learning now, there are two websites that you might find interesting and helpful.

In August 1920, the pressure was on as time was running out to ratify the Amendment. Thirty-five states had already voted and one more vote was needed. Of the four states that had been asked to hold a special session, only Tennessee agreed to do so. After a lengthy debate, a vote of 48-48 defeated the motion to table the amendment. The legislators wore roses in their labels to signify which side they were on; red rose was against ratification and yellow rose was for ratification. The votes were being called again. Harry Burn, twenty-four and the youngest member, represented an anti-suffrage district. In the first round, his vote was nay. He held in his pocket, a letter from his mother, Febb Burn, a suffrage advocate. She said, “Hurrah and vote for Suffrage…” and “…to be a good boy…” and the letter continued to urge him to vote in favor.

He did as his mother said and voted Aye, and the amendment passed 49 for and 47 against. Tennessee had the honor of ratifying the Nineteenth Amendment to the Constitution.

On August 24th, Governor Robert of Tennessee signed the ratification certificate and sent it to Washington, DC. At 8 a.m. on the morning of August 26th, Secretary of State Bainbridge Colby signed the proclamation that added the suffrage amendment to the Constitution and women had the right to VOTE!

This is a fundraiser for W.H.A.T and contributions can be made before, during or after the event via @WHATCONJ. Checks can be mailed to W.H.A.T. PO Box 241, Kearny NJ 07032. W.H.A.T. is a 501(c)3 organization so all donations are tax-deductible.

Do you have a local theater company that is struggling? Maybe you can work with them to put on a virtual performance with your club members to help raise money for your club and the theater company. For more information attend the fundraising workshop.

FUNDRAISING IN A PANDEMIC

We will be holding a Fundraising Zoom Workshop on Tuesday, September 29, 2020 at 10am in order to share ideas on how to raise money in a pandemic. Clubs will have an opportunity to provide information on their fundraisers and trade ideas on how to raise money when we cannot gather in person. To register contact Chris Burlew, burlew@njsfwc.org, and you will receive log-in information a few days before the event.