The Woman's Club of Haworth 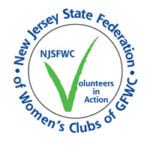 Member of the General Federation of Woman's Clubs (GFWC)

The Woman’s Club of Haworth was organized in June 1920 with thirty-five women attending the first meeting at the White Beeches Clubhouse. A constitution was framed and Mrs. Amelia Walker was elected the first president.

Early on, the Club petitioned the Borough Council to place a woman on the Board of Health; it voted to support the State’s zoning laws and wrote to Public Service Electric Company asking for better service! In June 1925, it helped to found a parent-teacher association and petitioned the Board of Education to institute a kindergarten, to start an orchestra, and to include physical education courses in the curriculum. In the same year, the Woman’s Club was instrumental in the formation of the town’s Planning Board. Card parties and dances raised funds for community and county projects and a Scholarship Fund was established.

The Woman’s Club organized the first Girl Scout troop in Haworth, an organization the Club continues to sponsor. At the Fortieth NJSFWC Convention, a member of the Woman’s Club of Haworth was elected State Chairman of International Relations.

During the 1940s articles made by the blind were sold, Defense Bonds were bought and furnishings were secured for Fort Dix and Camp Shanks; Sunday suppers were given for servicemen.

In 1950, a delegate was sent to the Youth Citizenship Institute. Club donations helped furnish a girl’s room at New Jersey College for Women. The Club participated in Federation projects and became part of the 9th District. The Club’s float in the town’s 500th Anniversary Celebration won a trophy.

In 1960, the Club received a citation for “dedicated service on behalf of a better community” as a participant in the GFWC’s Community Achievement Contest. A donation of over $1500 was given to Pascack Valley Hospital to furnish a room in the Maternity Wing and a 100%-support contribution was made to the State Federation Headquarters at Douglass College. A red oak tree was planted in the Borough in honor of New Jersey’s Tercentenary.

In l976, the Woman’s Club assumed sponsorship of Haworth’s annual Flea Market. Over the years, proceeds have funded scholarships for Haworth high school graduates, savings bond awards for Haworth members of the National Honor Society, an award at the Bergen County Technical School, and at Spring House. Through numerous fundraisers, thousands of dollars and thousands of hours have been donated to programs for children. Locally, the Club contributed to the restoration of the Little League field, to the establishment of an exercise trail at the Haworth Public School, to a town-wide Bicycle Safety program, and a Suicide Prevention program at Northern Valley High School. Other beneficiaries include the DARE program, Project Graduation, the Girl Scouts and the Boy Scouts, which were first sponsored by the Woman’s club. At the Haworth school, the Club has sponsored a Kids and Kindness program and funded a poet-in-residence.

The membership is a regular supporter of the Northern Valley Education Foundation and of more broad-based programs, such as NJ Special Olympics, Pediatric AIDS and the Valerie Fund.

Additional community improvement was realized by: the donation of an oxygen resuscitation unit to the Haworth Police, as well as funds for bullet-proof vests; the promotional appearance of Vince and Larry, the seat-belt-buckle-up twins, in support of auto safety; financial and book donations to the Haworth Library, as well as volunteer tutors in English as a Second Language to support literacy; by donations to the Haworth Tree Fund, to the Adult Daycare center, the Inter-Religious Fellowship for the Homeless, and the Hospice Program at three local hospitals. Members have collected toys for needy children, made pillows for breast cancer victims, and dolls for Operation Smile, which serves children with facial deformities; wrapped packages to benefit those with arthritis; baked for Candy Cookie; made birthday parties for the elderly at Bergen Pines. The Community Center for Mental Health, the Rape Crisis Center, and Shelter Our Sisters for battered women are long-time recipients of funds and clothing.

The diverse interests of the Club are reflected in its programs, which have brought distinguished guests to town -- humanitarian Mother Hale, newscaster Rolland Smith, author Mary Higgins Clark, and Ryan White’s biographer - to name a few. Members have sought to protect the environment through SWAN and by lobbying the Legislature. Intellectual stimulation is encouraged through study groups in art, international affairs, conservation, and literature. The publication of a cookbook, needlecraft instruction, and flower design classes offered additional opportunities for personal growth.

In the new century, The Woman’s Club of Haworth has continued its efforts on behalf of the needy. Support for the NJSFWC’s State Projects -- Canine Companions, the Community Food Bank/Kid’s Closet, Domestic Violence, Headquarters Restoration, and Autism has been realized, in part, through Cake of the Month raffles; and donations have been made to the 1984 Society and the Heifer Fund.

“Women Making a Difference,” the club’s new motto, printed on a colorful banner prominently featuring the NJSFWC logo, is displayed at all functions and is put into action through a myriad of projects. The club has purchased, installed, and repaired smoke detectors free of charge in the homes of Haworth Seniors, collected books for inner-city libraries, made donations to Mothers Matter, which recognizes mothers in shelters, donated Blue Bears for emergency rooms and ambulance corps, and collected cell phones, sheets, blankets, towels, and clothing for Domestic Violence. TGI Friday Gift Cards were purchased for a dining program for autistic families and the Club participated in a district project to restore the memorial tower honoring the Woman’s Club for restoring the Palisades. It supported two Paterson NJ shelters, an AIDS home at the Bergen County Medical Center, and a food bank for military families. Its many fundraisers -- an annual Flea Market, Card and Game luncheons, Fish & Chips and Beefsteak dinners, plant sales, military bridge, and participation in Macy’s Shop for a Cause and Lord and Taylor’s Benefit Bash --have made these contributions possible.

The Club’s long-standing relationship with Spring House, a residential and treatment center for women recovering from addiction, has been enhanced by a partnership with the Prentice Hall Foundation, with matching funds used to retrain residents for jobs and to purchase educational CDs. Additionally, clothes for interviews and work have been donated. The Holiday Tree of Light project helped to fund the Club’s $2,500 electrical upgrade at Hayworth’s downtown park.

Volunteers in action, the Woman’s Club of Haworth members made lap robes for veterans, knitted hats and scarves for Vineland, and helmet liners for troops in Iraq and Afghanistan. Holiday Trees were decorated and distributed to Shelter Our Sisters, the Veterans Home, and Eva’s Village. Felt Christmas stockings were made and filled for the troops, and mothers of service men and women were recognized with angel pins. A quilt block, to be included in a Federation quilt was submitted, Box Tops for Education were saved, and autism information packets were delivered to physicians.

Appreciative of its members, the club honors 25-year members with Federation certificates and 50-year members with gold pins, and it continues to donate books to the Haworth Library in memory of deceased members. Monthly, in the Club’s newsletter and at meetings, health tips are offered on subjects such as breast examination, reducing bone loss, maintaining healthy skin, on diabetes, and heart disease. Members have had opportunities to discuss current and classic literature; to hear programs on topics such as country music, herbs, the world water supply, Iraq and Afghanistan, India, world poverty, domestic violence, autism, US trade policy, and the European Union. Trips to West Point, the Mummers Parade in Philadelphia, to local and Broadway theaters, to multiple art museums, and specimen gardens were also offered. Gourmet treats were demonstrated and gourmet meals were enjoyed at members’ homes and at highly rated restaurants. Club women celebrated Earth Day and Haworth Day, observed Women Standing for a Better World at the Borough Hall, prepared a display the library for Women’s History Month, volunteered to read to children at the Haworth School in support of the Governor’s Book Club.

The Woman’s Club of Haworth has kept abreast of change. During the last decade, the club has revised its bylaws and the Club profile, putting it on display in several local school libraries and at the Borough Hall. It has received tax-exempt status, purchased an accounting software program for the treasurer, a new microphone for its sound system, and raised dues. It has linked its website to the Haworth webpage and to that of the NJSFWC. As the Woman’s Club of Haworth approaches its 100th anniversary as a Federated Club, the members anticipate many more years of service and sociability and remaining a driving force in its community’s volunteer tradition.